Get in Touch B

Take a journey back in time as you step through the corridors of our fascinating museum.

Learn about major periods in world history while admiring our pupils' work and the 'almost authentic' artefacts!

WARNING: Do not  look into the eyes of Medusa and listen out for the call of the mammoth- it's earth shatteringly loud!

Keep checking back regularly as the museum is a work in progress- new exhibits being added frequently!

Many thanks to the very talented Jill Busby who has designed and created each of our large exhibits by hand.

Every piece she has produced has been truly amazing,  her skill and attention to detail are second to none.

If you wish to contact Mrs Busby to discuss an art and design project please do so through her Facebook page  www.facebook.com/JillBusbyArt/  ,via Twitter @JillBusbyArt or via email jillbusby1@sky.com

Jill's YouTube channel shows the making of some of our large installations. Take a look!

Jill Busby- designer and creator of our large installations 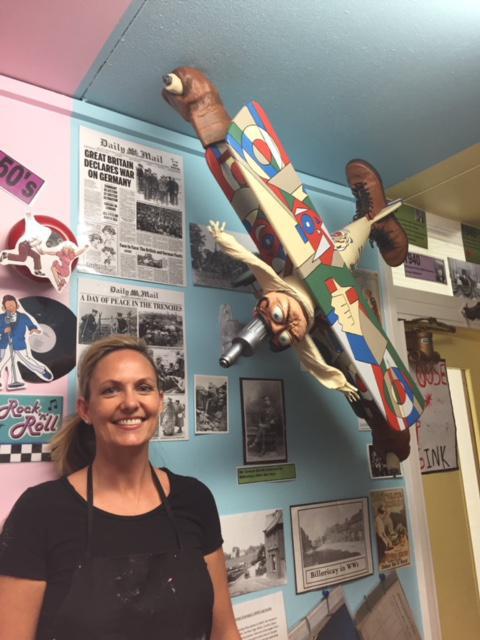 There is a new astronaut in town!  You never know what the future holds...

Check out his name badge!

This amazing tribute to our monarch, Queen Elizabeth II takes pride of place in the 21st century section of our museum.

Look closely at her face- what can you see?

The Sopworth Camel was the most successful aircraft in WW1. It was difficult to fly and many pilots
died because they were unable to handle it. It was the first aircraft to drop bombs from a mechanism
underneath the fuselage instead of being manually dropped. It had machine guns at the front.
Our version has been decorated with images based loosely on Picasso's Cubist style as well as propaganda posters of the time.  He looks rather fierce doesn't he? Definitely enough to terrify the enemy...

Listen out for Big Ben at Quilters Junior School! Look closely at the clock tower- what is it covered with? 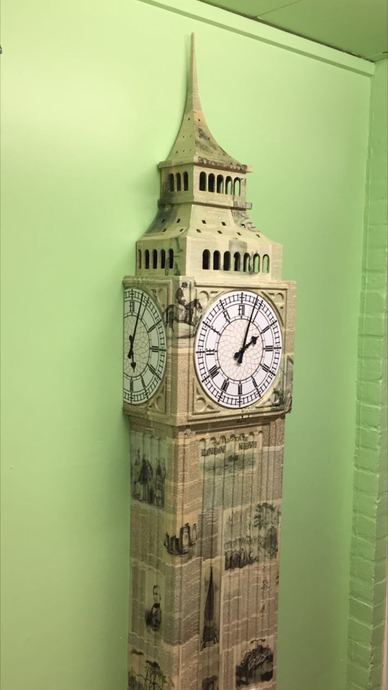 The Vikings are approaching- run! 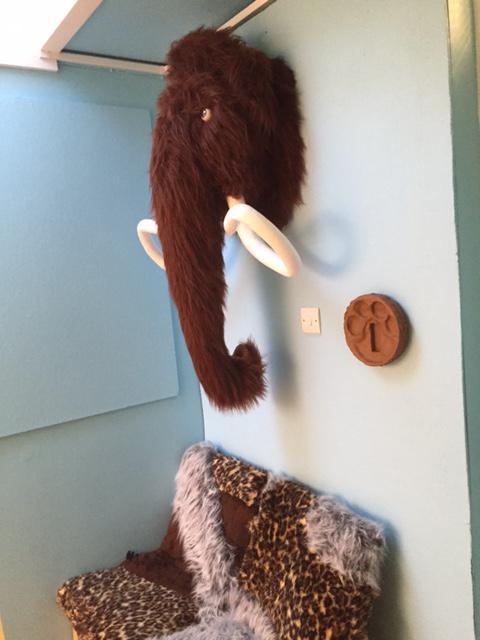 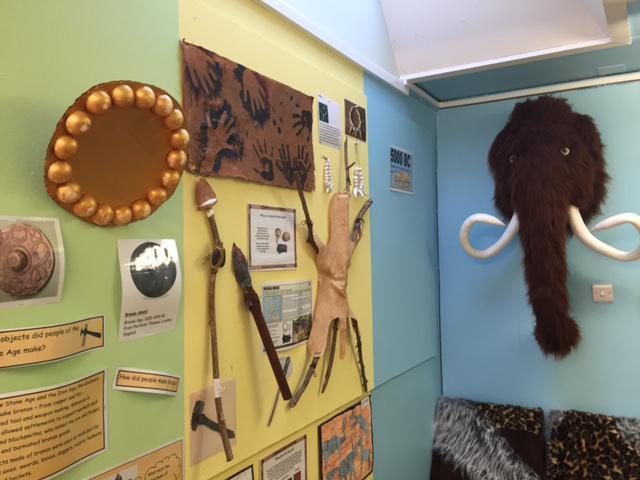 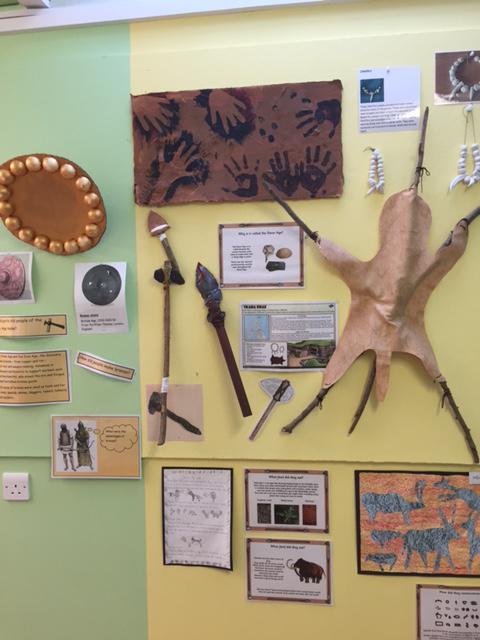 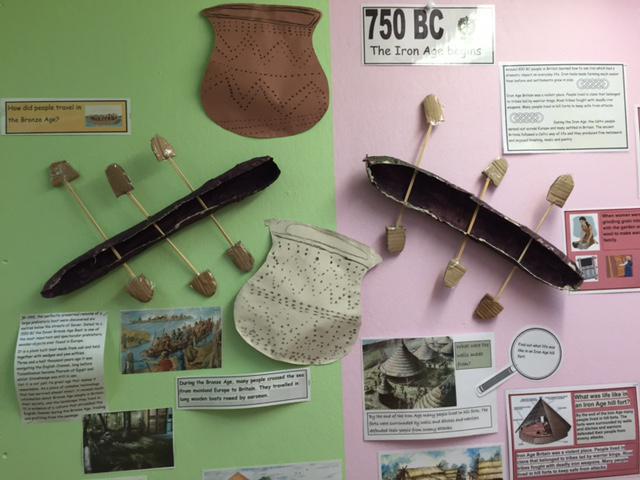 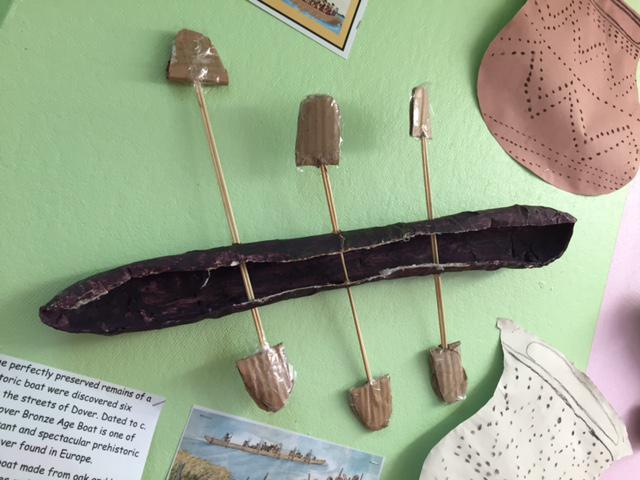 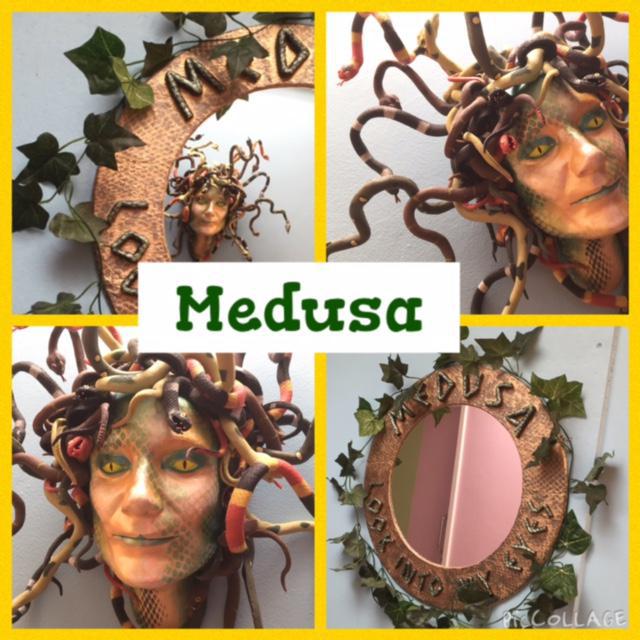 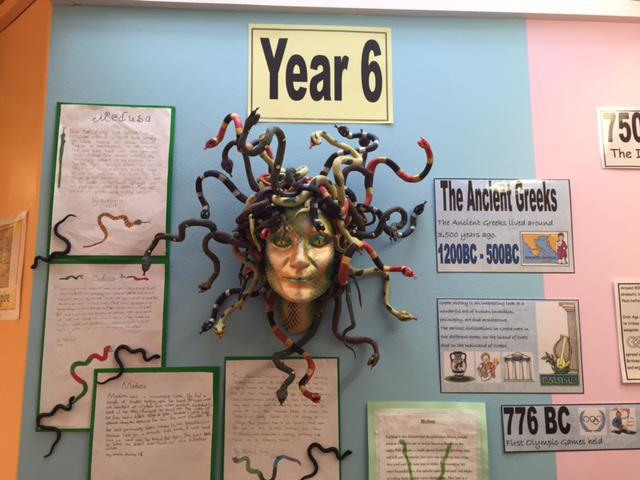 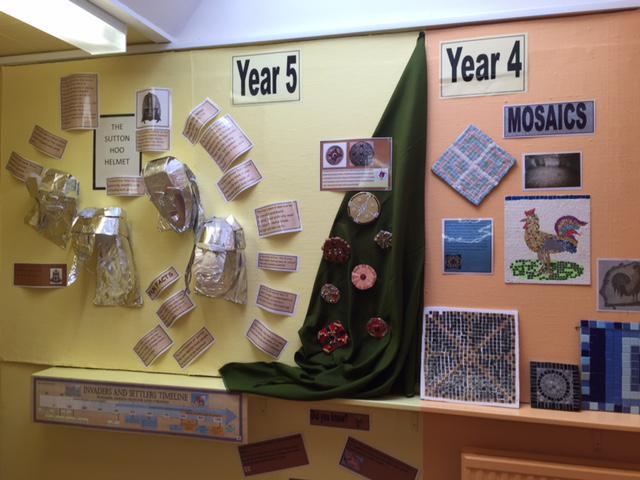 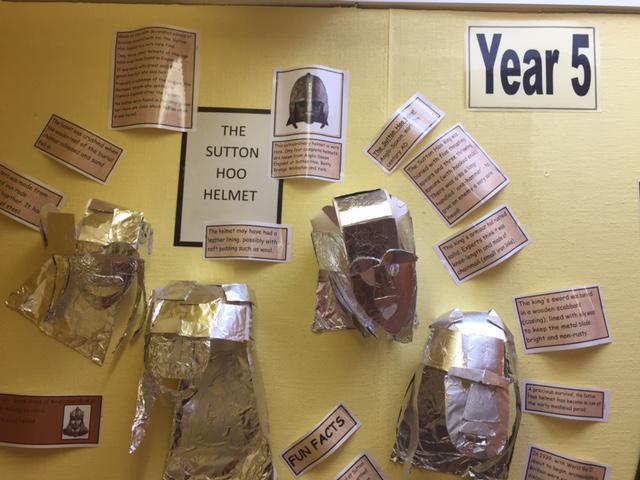 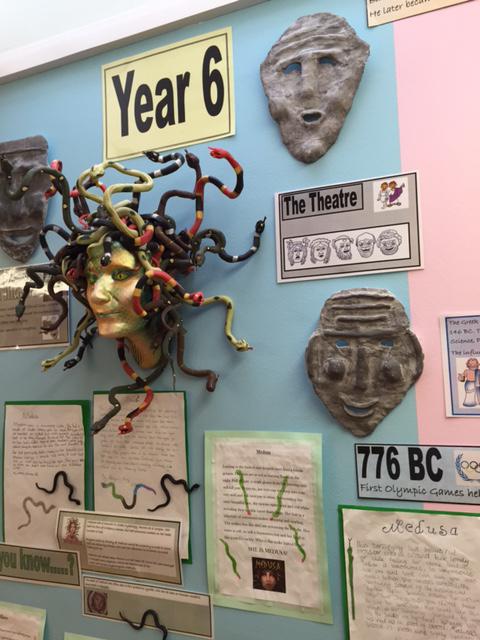 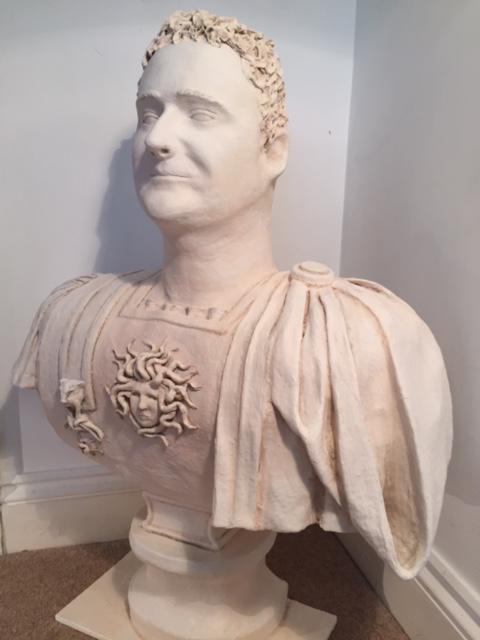 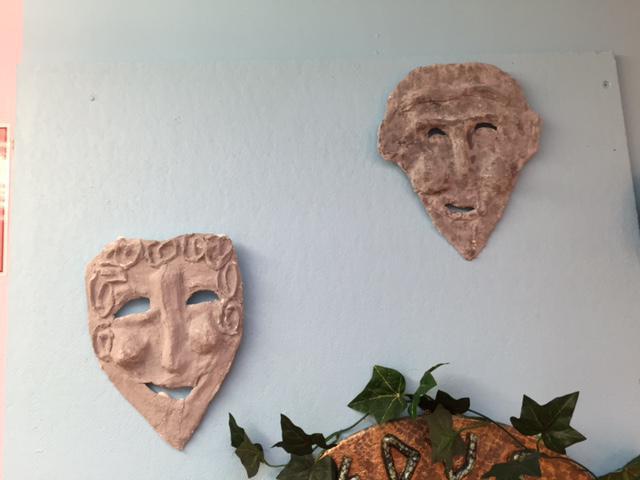 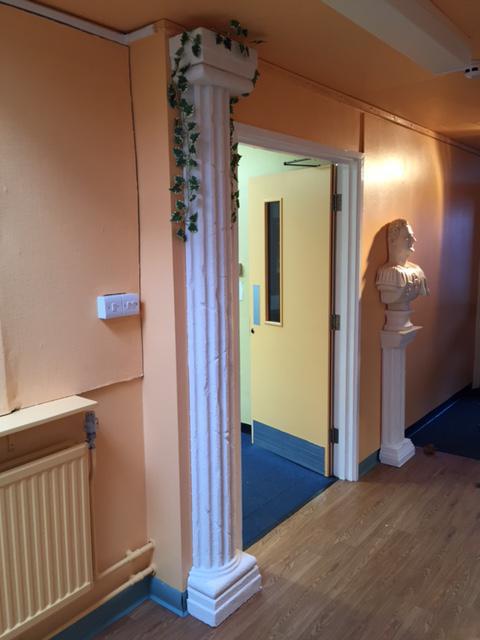 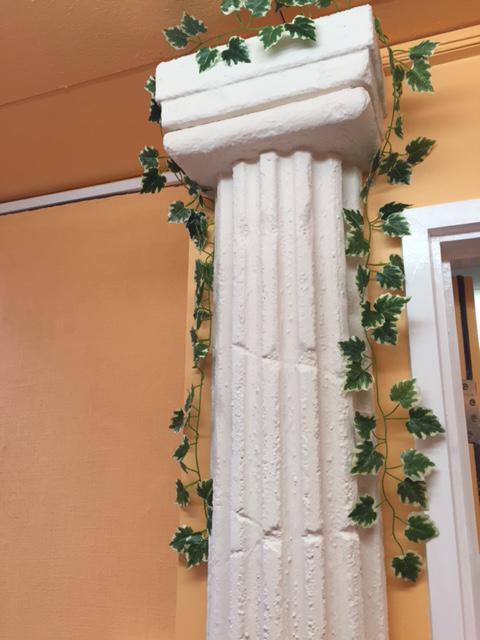 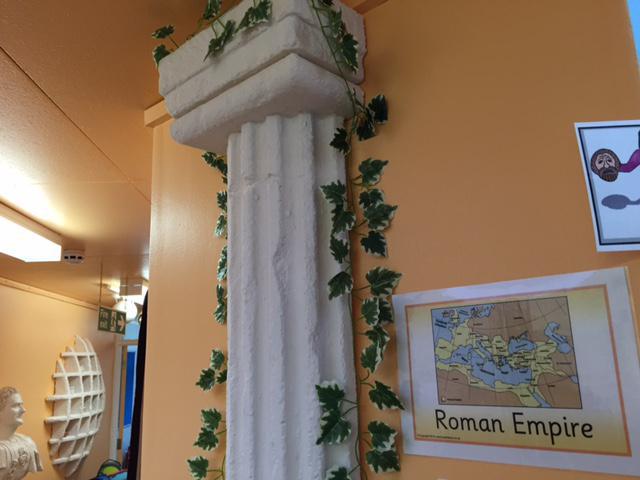 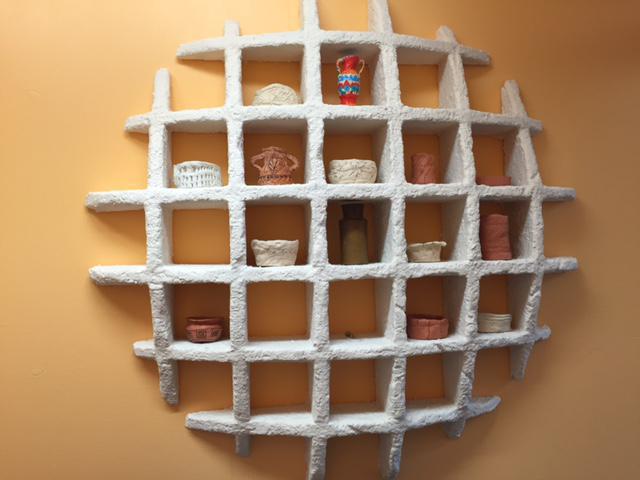 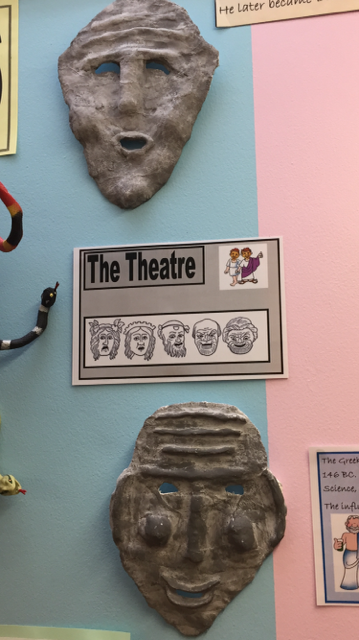 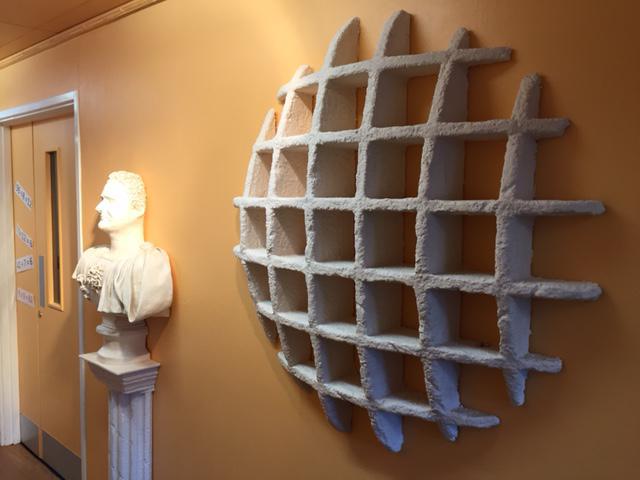 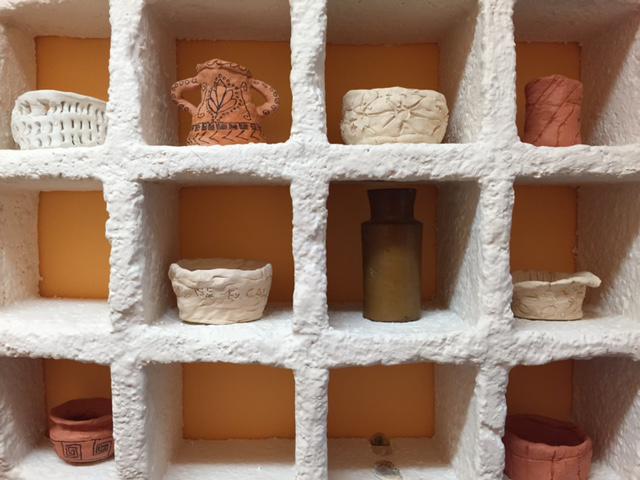 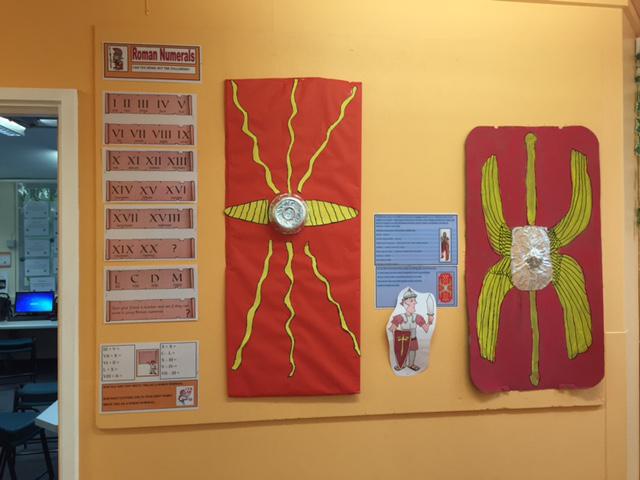 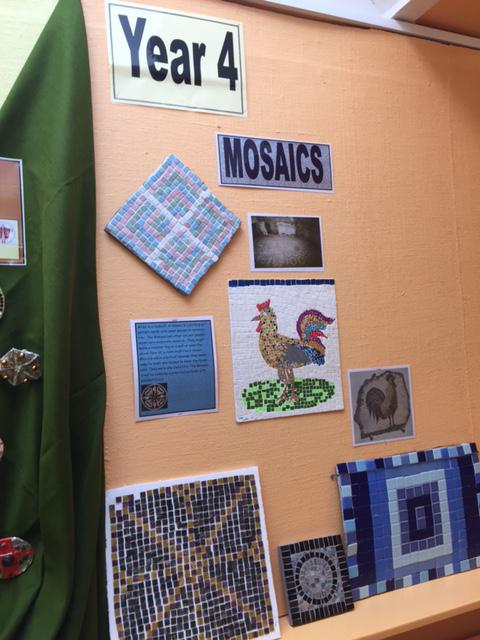